skip to main | skip to sidebar

Return of the Pilot

It's that time of year again when pilots of new TV shows start sneaking out, possibly in order to drum up support and excitement within the so-called "blog-o-cube". Always happy to oblige, I've been watching some of these to see which appeal.
Overall, I've not been impressed by the first batch I watched. There seems to be single problem affecting all of these: too many characters. The world of television is becoming more and more cut-throat every single year. You have to hook the audience on the first episode, or else they won't come back for more. This year saw the first TV show to be cancelled after a single episode. With modern audience tracking technology, don't be surprised if you are watching a feature length pilot episode that gets cancelled after the second advert break. But the shows I watched have so far failed to grip me.

The first one I watched was "Heroes". This has a great premise: across the world, a few people start to develop superpowers. Awesome! This has great potential. Take the whole superhero idea, and put it into the context of everyday struggles -- when your secret identity is your true identity. Rekindle the glory of Buffy. That kind of thing. Unfortunately, the first episode was unsatisfying. There were too many characters, and they were, more or all, all quite depressed. It's also very dark, and not in a good way. The cast included, as much as I can remember:


Anyway, the show is made more confusing by the fact that most of these characters don't know each other, but they keep crossing each other's paths in a complicated way. The whole thing is about an hour long, and consists of various hints, questions, building tension and so on, for each of the half dozen or so characters, but actually nothing very much happens. For an audience used to the thrills of such shows as 24, where a plane blows up in the first episode, to Lost where, er, a plane blows up in the first episode, this show is singularly lacking in aeroplane explosions. There's hardly any humour, virtually no good lines that I can think of. There is only one glimmer of hope in the whole show, that suggests there might be something to watch in this show, comes in the background of a scene set in a Tokyo bar: 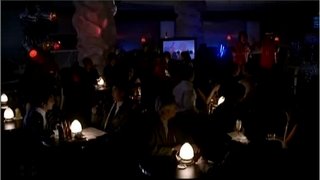 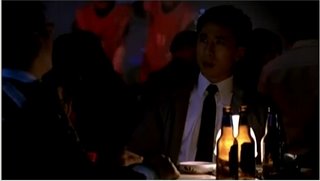 It appears to be the Backdorm boys, the shortlived internet phenomenon which you are not expected to have been aware of (it's more likely to be a couple of guys dressed up in basketball shirts, but there's no way it can't be a conscious reference).

Still, one wonders what they have lined up for future episodes... an epic battle featuring the star wars kid? An evil bad guy declaring "all your base are belong to us"? The self-destructive cheerleader attempts to destroy herself further by doing a poor imitation of the numa numa dance?

(by the way, with these few short links you are now equipped to understand all those mysterious internet references you've never quite got before. Well, apart from all those SoaP/ rank(snakes)=2 memes, but you'll work those out soon enough.

The next two shows I watched were two new sitcoms that both want to be the new Friends (because we all know how successful "Coupling" was when it got translated to America to fulfil this role). The Class follows the antics of a whole class from third grade (this is american for Playschool) twenty years later. What do we say? Too many characters! At least the first show concentrates on a mere half-dozen or so characters instead of all thirty, but this still manages to overwhelm the viewer with everyone. Is it funny? Not particularly. The characters are rather cliched, not particularly appealing, and there's a streak of meanness that runs through it: the central character who organizes the reunion gets dumped by his fiance midway through for (rightly) smothering her with the whole reunion thing; another character spends most of the episode contemplating suicide. Fun fun fun!

Meanwhile, "Our Thirties" is about a group of friends in their thirties. Do you see what they've done there? I watched it in part because it features Peter Serafinowicz as the token English guy. He plays the same role as every other single English guy in an American sitcom, that is, a slightly bufoonish lothario who enjoys remarkable success with women because of his accent. I am somewhat bitter towards this stereotype, since I have found out that it is not particularly applicable in real life. Yet another example of television lying to me.

Anyway, here's a picture of the man himself, looking a little thinner than usual: 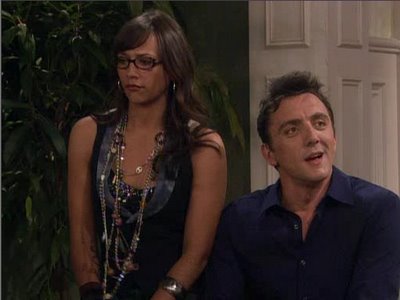 The show itself revolves around the lives of eight friends. See the problem? Too many character! In a 22 minute pilot we are expected to form a bond to these people and their assorted fiances, exes over the course of six short scenes. It's too much -- in one episode, we discover one couple are divorcing, another couple would rather live together than get married, one character is marrying a gay man, and another has an 11 year old child he wasn't aware of. Too much, too fast! By the end, we just don't particularly care about anyone because we hardly know them.

So, here are my top tips for budding pilot makers:


More pilot reviews if I can get around to watching them. I hold out high hopes for Studio 60, wherein Josh Lyman from the West Wing takes up a job as a joke writer for a TV show after his services as a speechwriter are no longer required in the new administration.
Posted by Hugh at 14:26